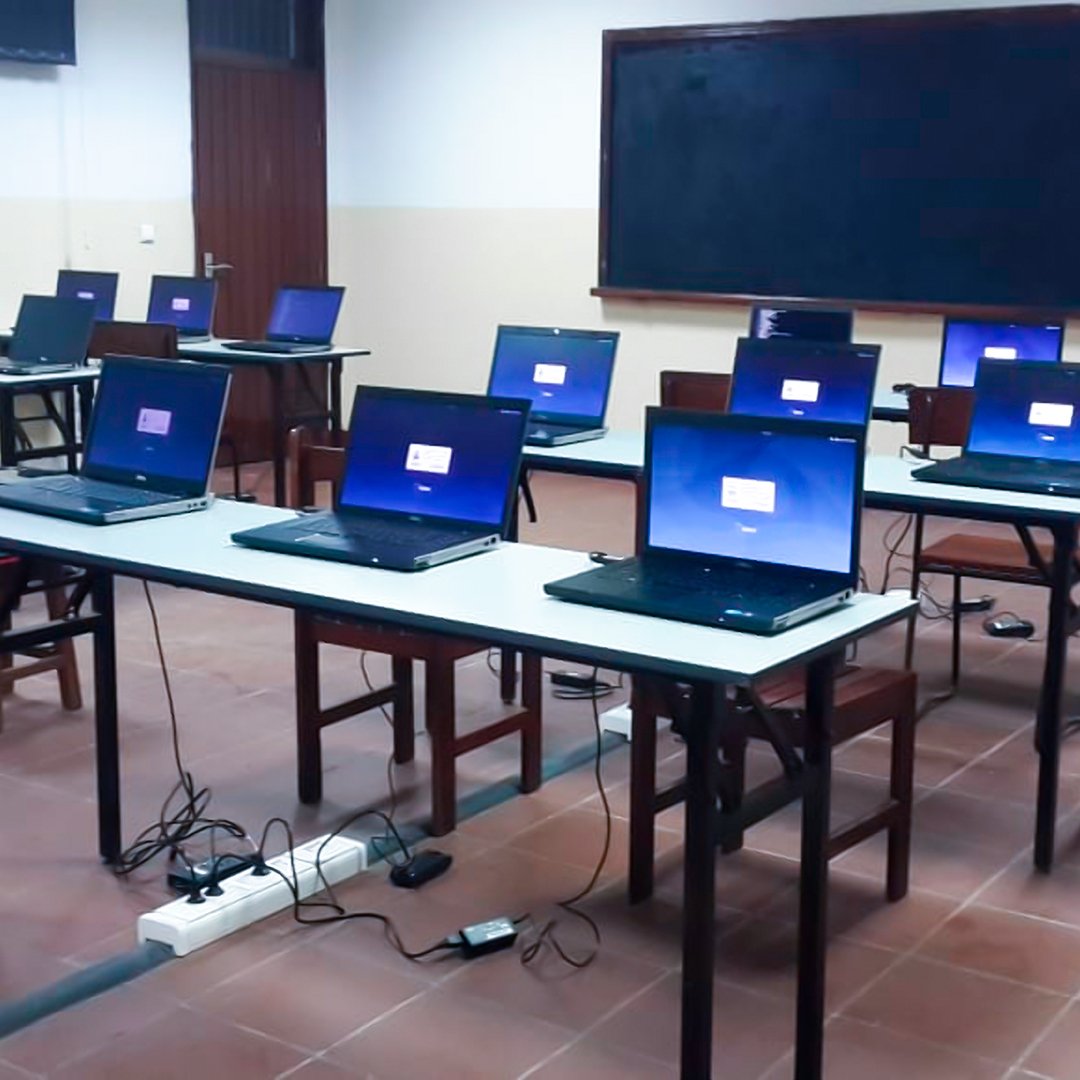 EDICOM has donated computer equipment to an education centre in the Mozambique municipality of Ressano Garcia. The aim is to provide online training related to technology and basic programming, as well as languages, to young people and adults of the population. Courses will be given by volunteers who will join this project, as some of our company’s employees have already done.

The IT equipment will be located in the computer classroom installed by Fundación Futuro Digital, continuing and supporting the work that Father Vicente Berenguer has been doing for over 50 years in the education field in Mozambique.

This project is being made possible thanks to the collaboration of Pau Mendoza, a teacher at La Florida University (Valencia, Spain) who has been in charge of the classroom design and setting up the equipment. Likewise, to the economic contributions made by Joaquín Llaudes, a pharmacist from Teulada.

Along with the computer equipment, last June infant milk and food supplements were sent, donated by NutriSpain. In addition, health material was contributed by professors and students of the Catholic University of Valencia, as well as sports clothing donated by the Safor Teika Athletics Club and some contributions made by residents of Teulada and Valencia. Fundación Futuro Digital has taken care of the logistics by paying for the transport of the container to Mozambique.

Padre Vicente Berenguer, a native of Teulada, at the age of 83, continues to work to improve education in Mozambique. After more than 50 years in the South African country, the missionary returned home to Gata de Gorgos. From there, with the help of Friends of Father Vicente and other donors, he gathers aid for the feeding of the most disadvantaged and the development of infrastructures of some populations in Mozambique, as well as for the schooling of thousands of children and young people.

Learn about other Corporate Social Responsibility actions in which EDICOM collaborates.