What is deep learning: case study in EDICOM (Part I) 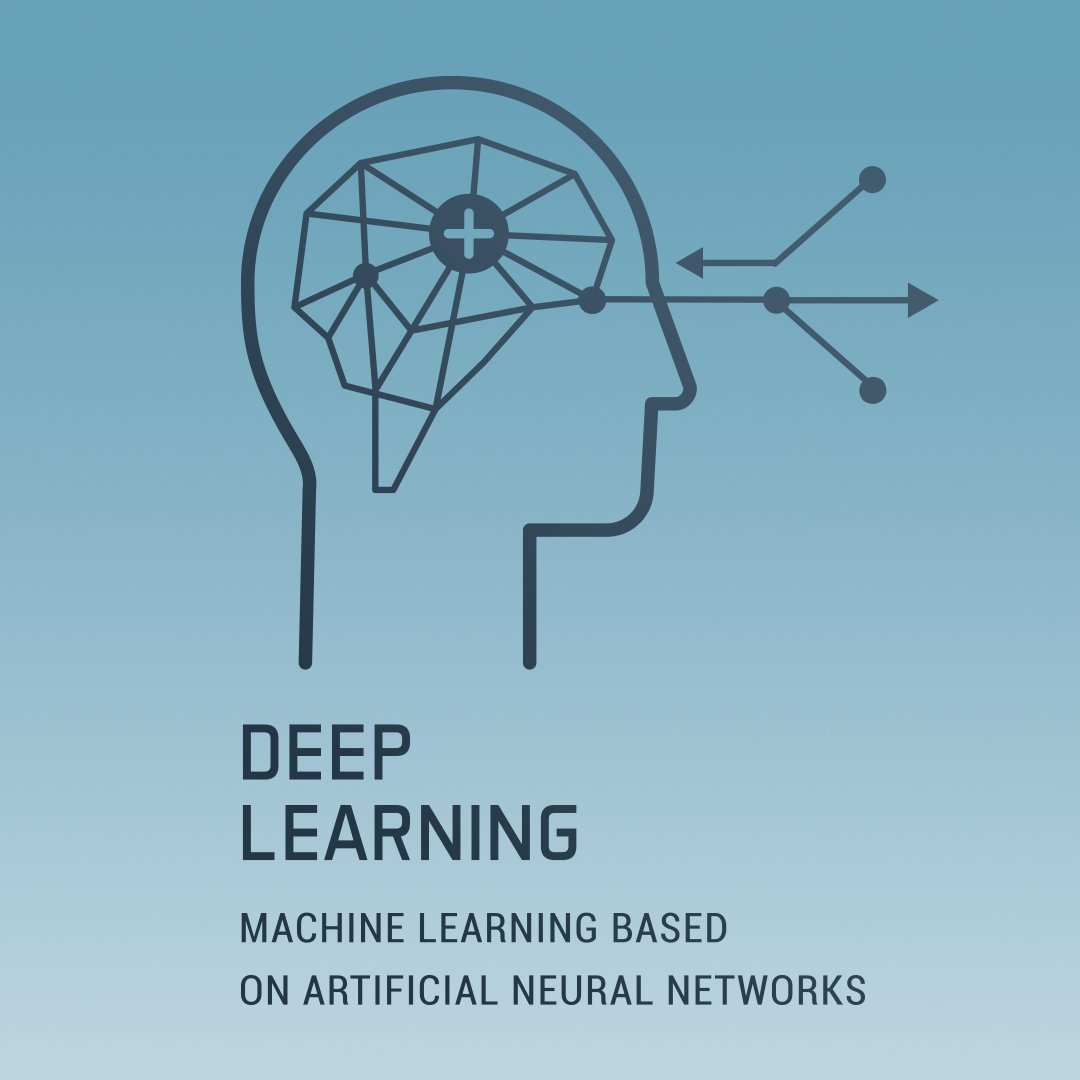 At EDICOM, each client request generates a technical task in our management system where different data are gathered, such as the description of the work to be carried out, the requesting customer, traceability dates, the number of working days to be billed to the customer for such work, etc. Then, an expert manager manually rates the complexity of this task in an order from one to five. On the basis of this qualification, a technical project manager with the appropriate skills will be assigned for its execution. This qualification will also serve to better adjust the capacity of technicians based on the number of projects they manage according to their complexity.

In this article, we ask ourselves whether it is possible to program an algorithm that automatically rates the complexity of a new task, thus simulating what is currently done by a human expert, based on the knowledge of all the technical task data currently stored in our management systems for decades and duly rated by a human.

Although it would be possible to approach the issue from a traditional algorithmic point of view, we see quite clearly that the definition of this problem fits well within artificial intelligence algorithms, precisely in the machine learning branch and, specifically, in its most modern version: deep learning.

In recent years, the interest and application of artificial intelligence (AI) has undergone strong growth, becoming a discipline applied in practically all fields of academic and industrial research.

This is largely due to the fact that in the 1980s, a branch of AI emerged, automatic learning or machine learning (ML), which applies mathematical algorithms that enable machines to learn. Machine learning is bound to play a key role in the future of civilization.

Machine learning algorithms learn from the data entered and then use this knowledge to draw conclusions from new data, either discrete data by classifying into categories or predictions of continuous numerical results.

Machine learning, in general, uses different types of algorithm to find patterns in data. These algorithms can be classified in three groups:

In this article, we will focus exclusively on supervised machine learning.

The general procedure is as follows:

In this article, we will try to solve the real EDICOM problem of automatically rating the complexity of a technical task in an order from one to five, based on the previous expert human decision stored in the company’s management system.

There are two main applications of supervised learning: classification and regression.

Classification is a subcategory of supervised learning in which the aim is to predict categorical classes (discrete, unordered values, group membership, etc.). The typical example is spam detection, which is a binary classification (an e-mail is either spam – value “1” – or it is not – value “0”-). There is also multi-class classification, such as handwritten character recognition (where the classes range from 0 to 9) or the real problem proposed by EDICOM that we are trying to solve in this article, as the output will be a discrete number from 1 to 5.

Regression is used in systems where the value to be predicted falls somewhere on a continuous spectrum. These systems help us with the questions “How much?” or “How many?” In this type of learning, we have a number of predictive (explicative) variables and a continuous response (result) variable, and we will try to find a relationship between these variables that will provide us with a continuous result.

Deep learning is a subfield of machine learning that is characterized by a large number of calculations. This depth of computation, through artificial neural networks, is what has enabled deep learning models to unravel the kinds of complex, hierarchical patterns found in the most challenging real-world datasets.

Neural networks, thanks to their power and scalability, have become the defining model for deep learning. Neural networks are composed of neurons, where each neuron individually performs only one simple computation. The power of a neural network comes, instead, from the complexity of the connections that can be formed by these networks.

Neural networks are organised in layers composed of neurons or units. Each neuron in a layer is connected to neurons in the previous layer by weights and produces a result that is passed on to all neurons in the next layer.

The first layer of the neural network takes raw data as input, in our case, data from a technical task, processes it, extracts information and transfers it to the next layer as output. This process is repeated in the following layers. Each layer processes the information provided by the previous layer, and so on until the data reaches the final layer, which is where the prediction is obtained. This movement of calculations through the network is designated forward propagation.

If we are in production mode, the prediction obtained will be the result to be returned; if on the other hand we are still in model training mode, this prediction is compared with the known result and thus identifies errors in the predictions, assigns them weights and biases, and pushes them back to previous layers to train or refine the model. This process is known as backpropagation or backprop (BP). Together, forward and backward propagation allow the network to make predictions about the identity or class of the object while learning from inconsistencies in results. The result is a system that learns as it operates and becomes more efficient and accurate over time as it processes large amounts of data.

The fundamental component of a neural network is the individual neuron. As a diagram, a neuron (or unit) with an input looks like this:

The neuron would be the circle with the “+”. The input is x, which would correspond to an attribute of our real data. Its connection with the neuron has a weight that is w. Whenever a value flows through a connection, it multiplies the value x by the weight w of the connection. For input x, what reaches the neuron is w * x. A neural network “learns” by modifying its weights based on iterations. Random weights are assigned in the first iteration.

The b is a special type of weighting that we call bias. The bias has no input data associated with it; instead, we put a 1 in the diagram so that the value reaching the neuron is simply b (as 1 * b = b). Biasing allows the neuron to modify the output independently of its inputs.

The y is the value ultimately produced by the neuron. To obtain the output, the neuron adds up all the values it receives through its connections. The activation or output formula of this neuron is y = w * x + b.

The formula for this neuron would be y = w0x0 + w1x1 + w2x2 + b. Graphically, a linear unit with one input will be represented as a line (y= wx +b); with two inputs, it will fit in a plane, and a unit with more inputs will fit in a hyperplane.

A linear unit calculates a linear function. We will now look at how to combine and modify these individual units to model more complex relationships: deep neural networks.

Neural networks tend to organize their neurons (units) in layers. When we gather linear units that have a common set of inputs, we obtain a dense layer.

An activation function is simply the one that we apply to each of the outputs of a layer. The most common is the rectifying function: max(0,x). The rectifier function has a graph that is a line with the negative part “rectified” to zero. Applying this function to the outputs of a neuron will add curves to the data, moving away from simple lines.

Now that we have some nonlinearity, let’s see how we can stack layers to achieve complex data transformations:

The layers before the output layer are sometimes called hidden layers, as we never see their outputs directly.

Now, in the diagram we can see that the final layer (output) is a linear unit (i.e. with no activation function). This means that this network is appropriate for a regression task, where we are trying to predict some arbitrary numerical value. Other tasks (such as sorting) may require an activation function on the output.

How a neural network learns

When first created, all network weights are set randomly; the network does not “know” anything yet.

As with all machine learning tasks, we start with a training data set. Each example in the training data consists of some features or attributes (the inputs) together with an expected target (the output), which is another attribute. Training the network means adjusting its weights in such a way that it can transform the features into the target.

In addition to the training data, we need another two things:

The loss function measures the disparity between the actual value of the target and the value predicted by the model.

A common loss function for regression problems, where the task is to predict some numerical value, is the mean absolute error or MAE. For each prediction y_pred, MAE gauges the disparity of the true target y_true by an absolute difference abs (y_true – y_pred).

The total MAE loss in a data set is the average of all these absolute differences.

The optimizer is an algorithm which adjusts the weights in backpropagation to minimize loss.

Virtually all optimization algorithms used in deep learning belong to a family of algorithms called stochastic gradient descent (SGD). They are iterative algorithms that train a network in steps.

A training or iteration step would be like this:

Each time SGD sees a new minibatch, it will change weights (w and b) to their correct values in that batch.

A lower learning rate means that the network needs to see more minibatches before the weights converge to their best values.

Learning rate and minibatch size are the two parameters that have the greatest effect on how SGD training performs. Their interaction is often subtle and the right choice for these parameters is not always obvious.

Fortunately, for most jobs, it will not be necessary to perform an extensive hyperparameter search to achieve satisfactory results. Adam is an SGD algorithm that has an adaptive learning rate that makes it suitable for most problems without any parameter tuning (it is “self-tuning”, in a sense). Adam is a great general purpose optimizer.